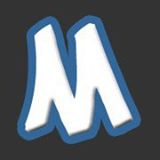 Posted at 04:30h in Reviews by superuser
0 Likes
[social_share]

Dylan Storey – Out Of The Soup
This is the third CD Mr Storey has released since 2005, and reveals a man on a fascinating journey-in that he is a capable instrumentalist (with a players’ need to play) and someone who invests time and thought into his lyrical content. Add to that a somewhat idiosyncratic vocal style, and you have a very interesting “sum of the parts” indeed. Dylan’s own description of the sound, as “rock/blues/alt-country/psychedelic pop” is telling, and it useful to hang a great big 70s tag over the sound as well-traditional instrumentation abounds throughout. Slide guitar, Hammond organ, Mandolin, violin, guitar solos, “band workouts” (remember that phrase?) and nods in the direction of the big American influences from that time –Neil Young, The Band, the other Dylan. Half-time feels, a waltz and a general down-tempo mood also touch with that era. And this is an organic experience too. A look though the past sees a great deal of personnel comings and goings but plainly flexibility is perceived as not just acceptable, but a strength, and the songs on this album have a snapshot quality of the “present live band” working through the material together. And the band is tight, focussed and very present (with strong contributions from Reb Fountain), changing time signatures, tempos and dynamics while never losing control of the groove. High points include ‘Out Of The Soup’ which moves through some startling changes- from up tempo country (oldsters’ might recognise ‘the train’) to a fiery half –time finish (with some great ensemble work), and the first part of ‘The Tempest’ which has a monster groove. These moments balance ‘Never Turn Your Back On The Sea’ which sits in a dynamic no-mans-land and perhaps is too laid back for its own good, or the end of ‘The Tempest’ which is a great jam and would be thoroughly enjoyable live (this is a band that likes to play, after all) but in a recorded form seems to lack direction. A compelling combination of elements, then, and clearly a captured moment in time. One wonders where things will go next. Review by Trevf